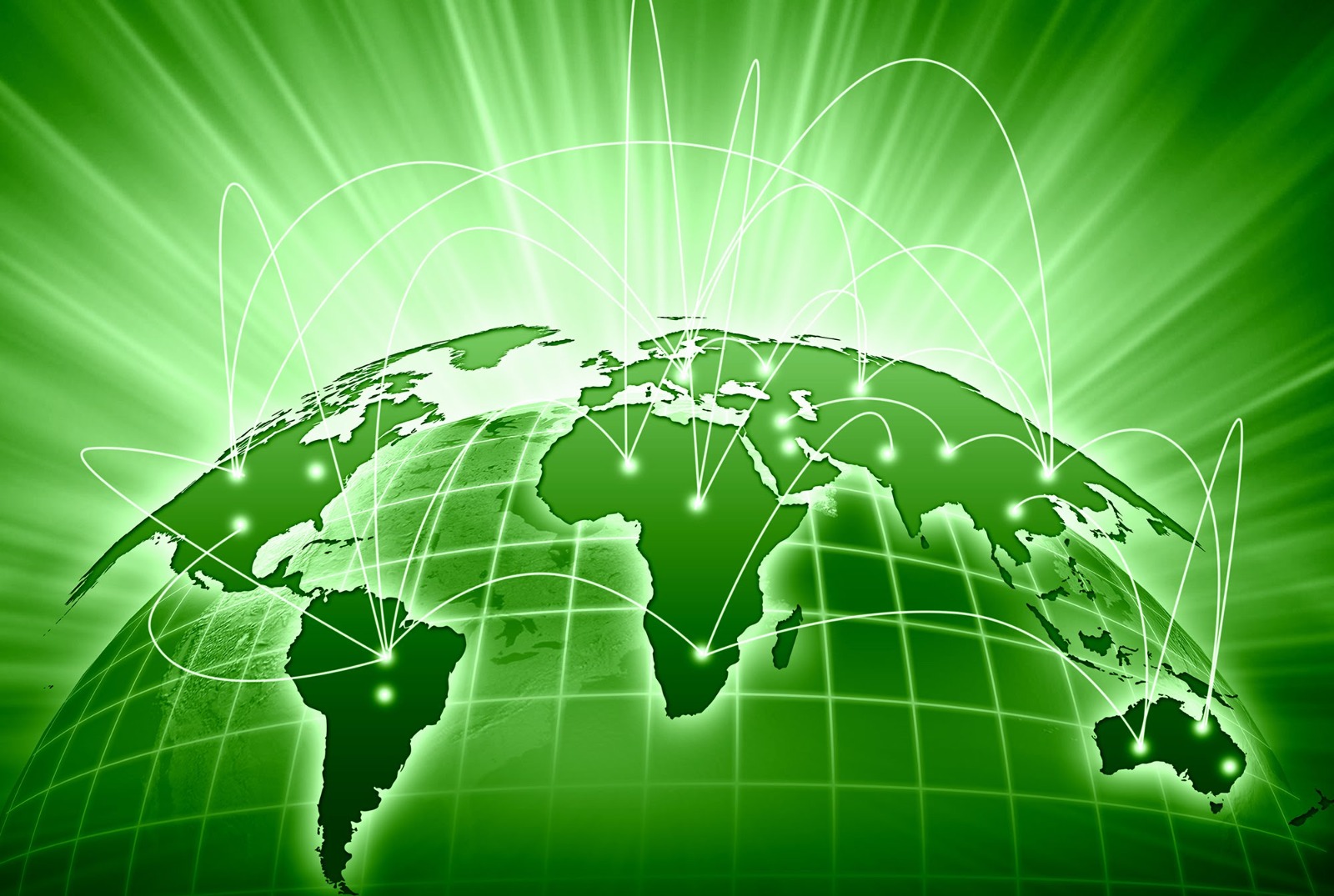 In the Age of Enlightenment, the ideas of philosophers such as Hobbes, Locke, Montesquieu constitute the origin of modernity. The thoughts of these philosophers have had a positive effect on industrialization. However, the same did not happen for nature, as there has been an understanding that nature is the property of humanity. (Görmez, 2018, p.17)Thus, the unlimited demands of humankind were tried to be met with limited natural resources.

As a result of this situation that lasted for decades, humankind has caused serious damage to nature.  Thereupon, environmental issues started to attract public attention, especially from the 1960s on. In the 1970s, parties that adopted the green policy emerged in many countries.(Paterson, 2005, p.235) Also in the 1970s, environmental issues began to be addressed at the level of international organizations such as the United Nations. In the 1980s, public policies on the issue increased and green political parties became stronger. (Dyer, 2017, p.84) Thus, a need for a “Green Theory” has arisen to explain all these political developments in the discipline of International Relations. (Dyer, 2017, p.84)This is briefly the history of the green theory.

Robert Cox made a classification of problem-solving theories and critical theories in his article published in 1981. (Cox, 1981) In this context, Green Theory should be considered as one of the critical theories. (Dyer, 2017, p.84) Because the Green Theory brings serious criticism to the current international order. According to the green theory, the structure, actors, and functioning of the current international order harm nature. Green theory, which aims to prevent the destruction of nature, offers a normative approach to the international system. Accordingly, it argues that environmental issues can be prevented by establishing new concepts, institutions, and systems.

First of all, we should point out that neither of these two perspectives has an attitude centering environmental issues.(Erçandırlı, 2019, p.529) Realism, which makes explanations especially on the concepts of interest, power, and security, distinguishes between high politics and low politics. According to this, while high politics is about the security and existence of the state, low policy is about the welfare of the people. From this point of view, it can be stated that realism will not prioritize environmental issues unless they reach a level that directly threatens the existence of the state.(Erçandırlı, 2019, p.534) As for the liberal theory, it offers individual and property oriented perspective. This situation causes liberals not to attribute priority to the environment like realists. However, the liberal approach advocates the establishment of international environmental regimes and the active role of international organizations in the field of environment. (Sönmezoğlu, 2014, p. 238-239) In addition, it also makes suggestions such as collecting more taxes from companies that harm the environment. However, these thoughts could not be realized except for a few exceptional cases. Sönmezoğlu also argues that the liberal’s suggestions are in a vicious circle. (Sönmezoğlu, 2014, 239)

Against the inadequate solutions of liberals and realists to environmental issues, the green theory makes significant arguments. As Paterson points out, the Green theory has three pillars. These are the ecocentric approach, the limits of growth and decentralization. (Paterson, 2005, p.236) We will try to briefly refer to three columns.

The ecocentric approach is different from the classical anthropocentric oriented environmental approach. (Eckersley, 1992, p.26) Anthropocentric approach emphasizes human needs and freedom. According to this approach, ecological activities should prioritize human interests. (Eckersley, 1992, p.26) On the other hand, the ecocentric approach attributes the primary value to the ecosystem that humanity is a part of. It offers a wider framework based the life of all living things on earth in addition to humans. (Eckersley, 1992, p.26)According to this approach, nature is not man-made, it was formed as a result of a natural non-human process.(Sönmezoğlu, 2014, p.240) Since the ecocentric approach deals with all nature, it can put forward some moral rules that limit human beings. Such as reducing consumption, using renewable energy. (Dyer, 2017, p.86) Ecocentric approach sees the factors that make up the international order as the main cause of environmental issues. It argues that the modern state system formed by the Westphalian order cannot respond to global problems. (Sönmezoğlu, 2014, p.240 ; Dyer, 2017, p.87)  Therefore, it argues that the system of states must change. Because states cannot tackle transboundary environmental issues.

At this stage, the idea of decentralization of the green theory comes to the fore. In Paterson’s words, the nation-state is both too small and too big to tackle environmental issues. (Paterson, 2005, p.242) Therefore, there is a need for new formations at local and global level. Green theorists give different answers to how decentralization should be. Some say there should be local organizations, while others say there should be global authoritarian structures. There are even thinkers who defend anarchism. (Paterson, 2005, p.243 ; Dyer, 2017, p.87) Of course, each view has its strengths and weaknesses. (Dyer, 2017, p.87) However, we will not go into details of these in this study.

The other argument on which the green theory is based on, is “the limits of growth” put forward by Andrew Dobson and Donella Meadows.(Sönmezoğlu, 2014, p.241) Accordingly, economic growth in the last two centuries constitutes the main cause of environmental issues. (Paterson, 2005, p.237)According to the simulation made by Meadows and colleagues, if the current production and consumption continue, all the resources of the world will be depleted. (Sönmezoğlu, 2014, p.242) Humanity will enter a period of collapse before 2100. (Sönmezoğlu, 2014, p.242)

Türkiye is a late industrialized country, compared to  most of the Western countries. (Görmez, 2018, p.29) It can be stated that this is an economically unfavorable situation. However, this also caused the country to face environmental issues late.(Görmez, 2018, p.29) Thus,  we can say that Türkiye is in a more advantageous position in dealing with environmental issues. However, it is controversial that whether Türkiye uses this advantage or not.

Erçandırlı argues that green politics is not used sufficiently in Turkish foreign policy. Eryalçınlı tries to define Türkiye’s approach to environmental issues by examining the country’sinvolvement in Kyoto Protocol, which was signed in 1997.Accordingly, Türkiye influenced by mainly problem-solving theories while joining the Protocol. (Erçandırlı, 2019, p.548) Because this decision was made by taking the interests, goals,and reputation of the country into consideration. However, Eryalçınlı argues that Türkiye needs address to the environmental issues with normative purposes. In her opinion, if Türkiye follows green politics the country’s efficiency would increase. (Erçandırlı, 2019, p.550)

Türkiye also decided to ratified Paris Agreement in 2021. Even though she has signed the Agreement in 2016. Additionaly Türkiye has set a net-zero carbon target by 2053. The reason for five years delay on ratifying is Türkiye’s defense as not being a developed country. However, eventualy policy-makers changed their approach and decided to ratify at the National Assembly. But whether this move mainly motivated by environmental problems is discussible. I argue that just like Kyoto Protocol, ratifying Paris Agreement was motivated by liberal approaches.

As Dyer points out, Green Theory allows us to focus on long-term ecological problems rather than short-term economic and political interests. (Dyer, 2017, p.88) We fully agree with this. Setting our priorities is very important for our own lives, the lives of other creatures on earth, and for future generations. With this dimension, we can say that the green theory is a perspective developed before human beings reach to the point of no return. Environmental issues such as climate change and global warming show that we are getting closer to the point of no return. In the report titled “Global Warming of 1.5 ºC” published by the Intergovernmental Panel on Climate Change (IPCC) in 2018, it is stated that the increase in the temperature of the world will reach 1.5 degrees between 2030 and 2052 if no measures are taken. (IPPC, 2018) For this reason, we should prioritize life, not development. Hence  instead of “sustainable development”, the concept of “sustainable life” should be used for awareness. People tend to ignore environmental issues in everyday life. In addition, people harm nature when it comes to their own interests. The green theory offers a very good alternative for these habits to disappear. It is possible to prevent environmental issues by taking measures at both local and global levels. In this way, the continuity of life in the world can be achieved.